press Enter to search Showing all results: No products found.

What is a ductless range hood?

A range hood is an appliance that ventilates the kitchen by using a fan or blower to pick up the polluted air rising from the cooktop or range, and either extracting it to the outside or filtering it. If the hood is not ducted to the outside, it’s referred to as a “ductless range hood” or “recirculating range hood”.

Most full-size range hoods can be either ducted to the outside or ductless (sometimes called “convertible”), whereas quite a lot of undercabinet and microwave range hoods can only be ductless.

All Futuro Futuro range hoods (including customizable models such as the Insert/Liner) can be used in ducted or ductless mode.

Is there a major difference between ducted and ductless hoods?

Absolutely. A ducted hood actually removes the polluted air to the outside, getting rid of all forms of air pollution caused by cooking. Fresh air is drawn in from the outside, keeping the kitchen air clean, and preventing the cooking odors from spreading throughout the house. With a ductless range hood, the air is filtered and released back into the room.

Although it’s better than not having a range hood at all, unfortunately all the excess heat, moisture, and most of the solid smoke particles will be released right back into the kitchen. Just as a ductless air conditioning unit is easier to install but less effective than a ducted one, a ductless range hood is easy to set up but won’t give you the same performance as a range hood connected to an outside duct.

Is it worth the trouble to install a duct?

When you consider the one-time cost of installing a duct, versus the ongoing cost of replacement carbon filters, the long-term advantage of a ducted hood becomes clear. For more information on this topic, see our article “Top 10 Reasons To Have A Range Hood“.

If ducting is impossible, is it still worth having a range hood?

Yes, it’s still worth it. Even if you can’t extract air to the outside, you can at least remove the grease particles and the odors. In some kitchens, you can even run a short duct that will terminate near a window, or in another part of the kitchen. This will help air circulation and disperse the heat from the cooking area, so cooking will be more comfortable.

The microscopic droplets of grease that are generated during cooking, tend to float through the air and settle on every available surface. Eventually, these droplets oxidize and create a sticky film that makes cabinetry and countertops hard to clean, and can contribute to bacteria growth. The metal mesh filters inside a range hood will capture the grease particles before they have a chance to spread, preventing this problem in the first place. A kitchen with a range hood – even a ductless range hood – will stay much cleaner, than one without.

What is a “carbon filter” or “charcoal filter”?

Unlike the metal mesh filters or baffle filters, charcoal filters cannot be washed or cleaned. A charcoal filter must be replaced once it’s saturated. Most range hood manufacturers recommend a specific timeframe for replacing a charcoal filter. Replacing the filters regularly keeps them from getting clogged up and reducing airflow.

What about local code requirements?

Keep in mind that some local building codes are very specific about kitchen ventilation. For example, if you’re installing a gas range (but not an electric or induction cooktop), the local code may require a ducted hood, in order to safely remove the carbon monoxide / dioxide produced by the gas combustion process. Check with your local code authority (competent contractor or builder, kitchen appliance dealer, or Department of Buildings or similar governmental entity).

Some local codes restrict the amount of airflow the range hood can produce, for example 400 or 600 CFM.

There are several solutions to this restriction: 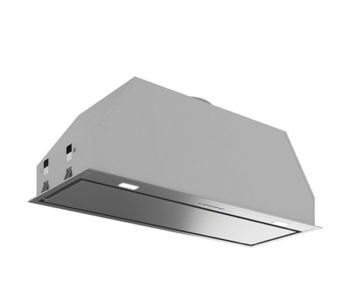 @ 2023 Futuro Futuro or its affiliates. All Rights Reserved.